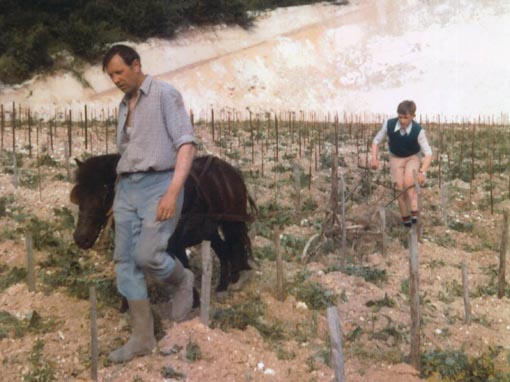 Wine has always been a way of life for Luc Morlet. Born in France to a fifth-generation winegrower family, Luc grew up working on his family’s domaine, Pierre Morlet & Fils, in Champagne. After Luc earned Master Degrees in both Viticulture & Enology, he perfected his skills making Bordeaux style wines, under the guidance of consultant Jacques Boissenot… (World-Renowned Boissenot flourished in Bordeaux’s Médoc region, including first-growths Latour, Lafite Rothschild, Mouton-Rothschild and Margaux.) …In the mid-90’s Luc married Jodie his American Sweetheart he met in Napa Valley, when he first crafted the highly-regarded the Newton Unfiltered Chardonnay. In 1996 Luc replaced John Kongsgaard as winemaker at Newton Cellars through 2000. In 2001 Luc joined Peter Michael Winery continuing the legacy of Helen Turley and Mark Abuert. Crafting Peter Michael from 2001 through 2005, Luc solidified himself as one of the most talented and accomplished winemakers in the world.

In 2006 Luc and his wife Jodie embarked on with their own label Morlet, crafting wines in limited quantities, sourced from unique vineyards of Napa Valley and Sonoma County.  His 2012 Les Petits Morlet Cabernet arose from younger vines grown on many of the properties that Luc works with.  Like many great 2012 Cabernets, the aromas are deep and hedonistic, and on the palate the wine is supple, complete and full of complexities.