Beringer is one of Napa Valley’s most historically significant wineries. Period.  After all, they’re California’s oldest continually operating winery.  The Beringer brothers bought the 215 acre parcel in St. Helena back in 1868 for a whopping $14,500 and their first vintage commenced in 1876.  They continued to produce wine through prohibition under a federal license that allowed them to make wine for religious purposes.  They’re also the only winery in history to have both a red and white wine honored as the #1 wine in the world on the Wine Spectator Top 100.  Tasting their flagship Private Reserve Cabernet reminds me of driving through the tunnel of Elm trees in front of the winery on Hwy 29, which the Beringer brothers planted in 1885.  I get a sense that that I’m tasting something truly special, with flashes of antiquity, independence and pride.

We have a handful of Special Mixed  Vertical Six Packs that contain 2 Bottles each of the Blockbuster, high-90’s rated 2013, 2014 and 2015 vintages of Private Reserve. 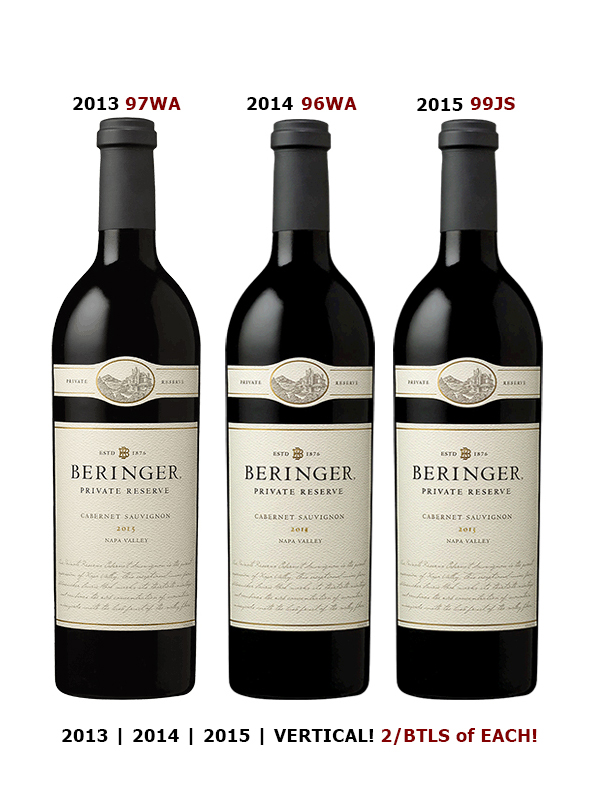 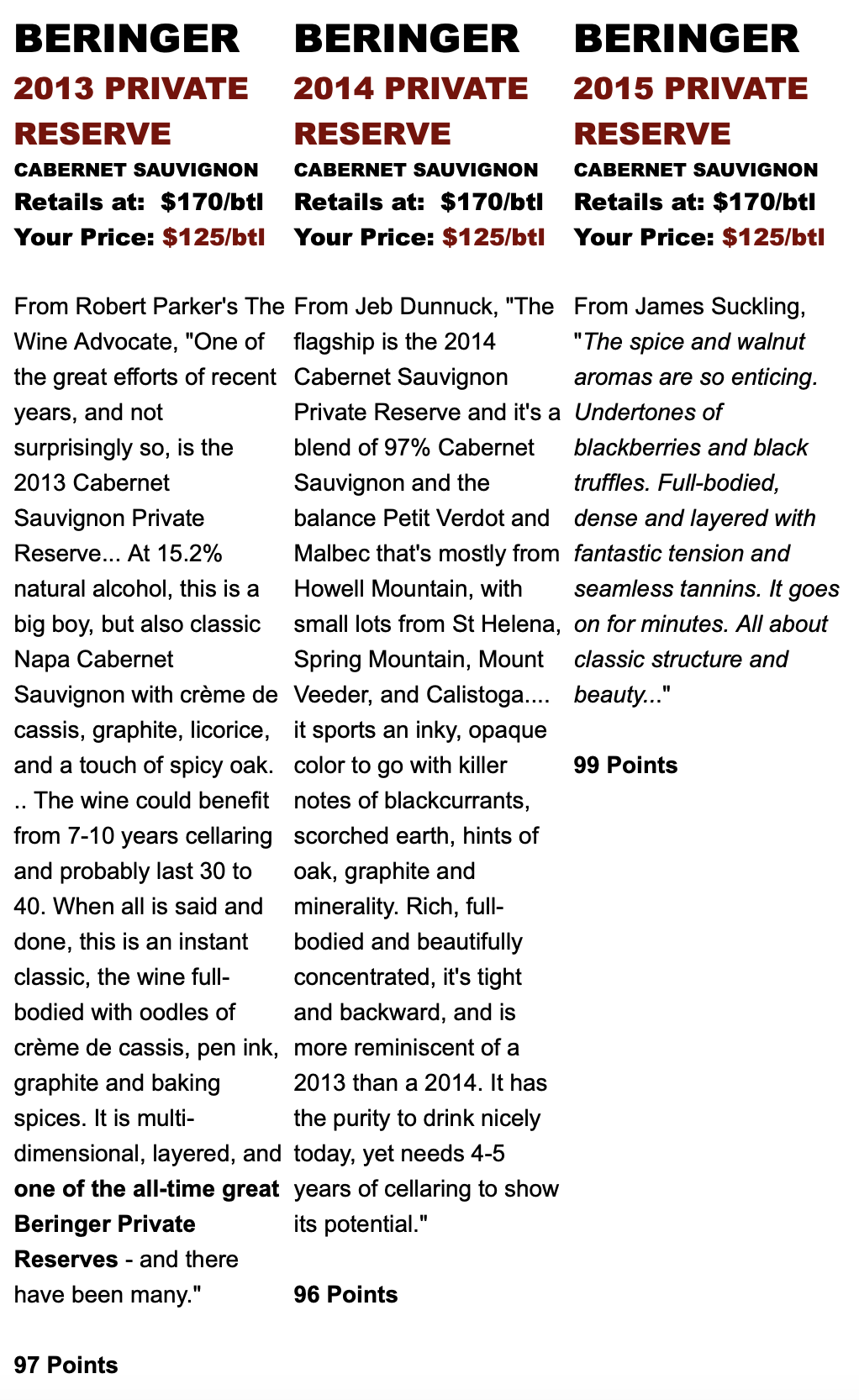