From Tasting Panel Magazine: “Coombsville vineyards protected by the hills east of downtown Napa are home to this Chardonnay. They’re as cool as Carneros but less windy, with deeper soils of gravel and volcanic ash, and their influence on this dignified white shows in its complex persona. A fine balance of stone fruit, acid structure, and zingy citrus creates a tangible yet delicate mouthfeel. Honeysuckle and gardenia offer significant floral tones.” TASTING PANEL 95 POINTS

From Wine Enthusiast, “Spicy oak and bright acidity complement each other in this well-made white, which shows strong tones of crisp citrus and green apple. It builds body on the midpalate, with integrated woody notes and lasting richness.” WINE ENTHUSIAST 94 POINTS

*Cases are highly recommend, because this one will not last very much longer, however this Chardonnay will age for another 10-15 years!

One of Napa Valley’s most historic wineries, Far Niente, was founded in 1885 by John Benson, but with the onset of Prohibition, the winery closed in 1919. Sixty years later, Gil Nickel bought and restored the property, releasing the first vintage of Far Niente wine in the modern era, an estate-bottled 1979 Napa Valley Chardonnay that has been a namesake to the winery for over four decades…

The world-class grapes are grown in the Coombsville AVA, known for its more temperate climate and volcanic ash soils that give Far Niente’s Chardonnay its signature stone and tropical fruit flavors with a crushed rock minerality. The wine does not go through malolactic fermentation in the production process, which preserves the crisper malic acid, providing extra freshness on the palate and extending the wine’s longevity for years of drinking pleasure. 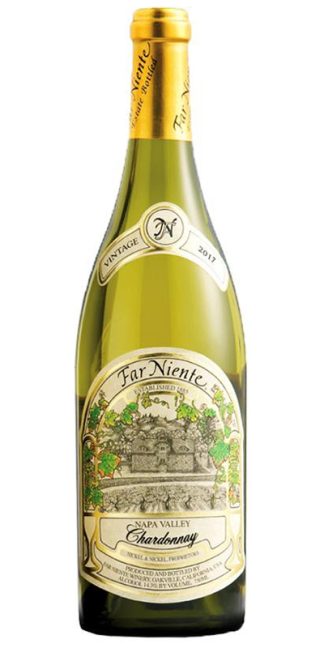