Forged from secret vineyard sources in Rutherford and Oak Knoll, the 2016 Cerro Blend from Napa Valley combines 65% Petit Verdot with 33% Petite Sirah and 2% Zinfandel into a deeply concentrated and lavish, yet balanced red blend that’s remarkably pleasing.  Kept for 30 months in French oak barrels, the 2016 is deep and powerful with a focused intensity that gives way to a rush of irresistible fruit, displayed with terrific clarity and showy, rich layers… stemming from the Caymus Family Wines, now here’s a 2016 Napa Red for Caymus Fans! (see Caymus Family Connection below…)

Out of all of the New World style red blends that I’ve introduced over the years, one of greatest successes in my career was the first vintage of Carne Humana that we discovered back in 2012. The popularity of the brand skyrocketed and it was solely due to the wines unabashedly Californian style that brimmed with hedonism, as well as the cool label, fun name and transparent value.  The same winemaker that founded Carne Humana just released his 2016 Cerro Proprietary Red which immediately reminded me of those first vintages of Carne Humana that were so popular.  This brand was created by Derek Beitler, nephew of Caymus Founder, Chuck Wagner.  Derek founded Carne Humana in 2010 and later sold to his cousin Joe Wagner.  Since then he’s spearheaded popular brands like Bodega Rancho and Skyhook and with his track record of producing quality wines at realistic prices, we couldn’t wait to try his new blend. 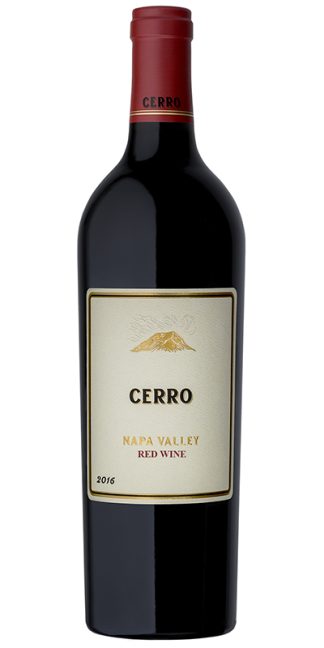